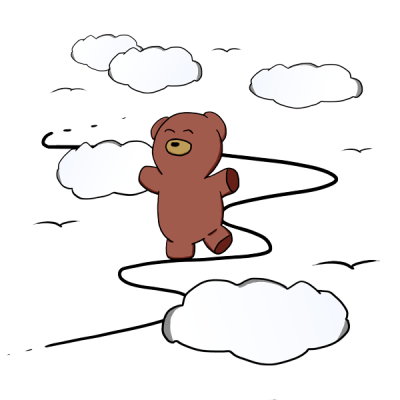 Teddy is a reckless little fluffy bear who lives for adventure. He grew up in a beautiful little village where everything seemed to be in perfect order. But in this order he felt lost, constantly questioning it, which was something the other teddy bears didn’t like. Teddy tried the best he could to work within this order, yet he was sad.  When he tried to stick to the rules, nothing ever worked and he never felt happy.

He dreamed of going to the Golden Kingdom to meet nobles so that he could impress them with his Teddy manners, so off he went! To his surprise, he was captured by the knights of the golden kingdom and held prisoner. As usual nothing worked for him like he had hoped… Fortunately, he was freed from the dungeon by a loyal friend! While waiting for his trial before the court, he wandered the outskirts of the golden kingdom until he found a dark and scary cave. He decided to venture into the cave. There he ran into a fire-breathing Dragon, who would take him on the adventure he had always dreamed of! And so, Teddy’s dream of adventure had been born! 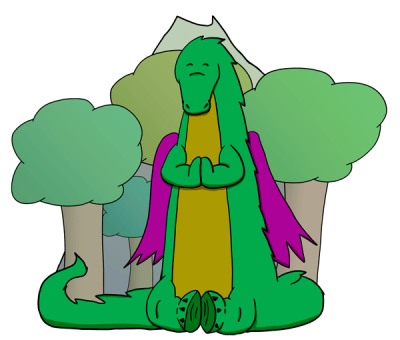 Dragon hails from an ancient line of powerful fire-breathing dragons known for their destructive yet compassionate nature. As with all the other dragons that came before him, he too was cast into the darkest and smokiest caves, buried deep below the Earth’s crust, to be tested by the ancient Dragon spirits, to know if he was worthy of following in the footsteps of the ancient Dragon clan. Stripped of all he held dear and all that he knew, he had struggled with the mystic dragon spirits for centuries. He thought he would be stuck in the dark caves forever.

One day the Grand Dragon got word from the ancient spirits that it was time to take Dragon on a journey across the land where he was to teach him all about the dragon heart. They traveled to the corners of the world and visited all the enigmas across the different lands. After years had passed in the company of the Grand Dragon, he was left to continue on his own, ready to be faced by unknown forces and to accept new challenges, as well as all the new companions that would come his way.